Is Electric the Future of Trucking? 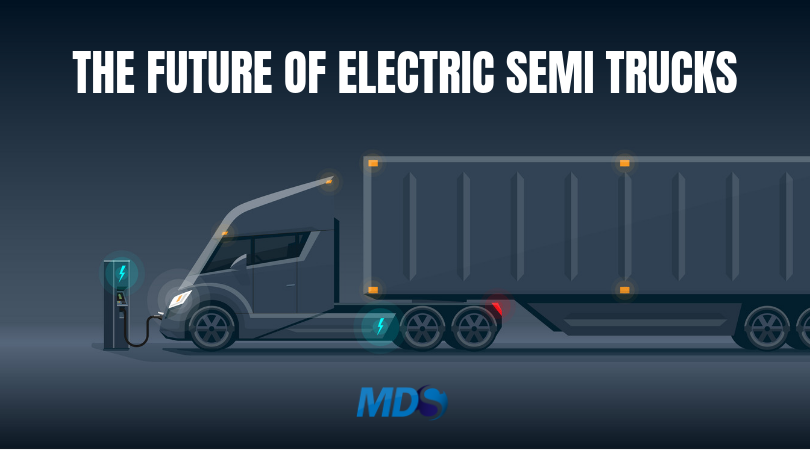 Tesla and other companies are rushing to develop electric semi-trucks. On one hand, this seems inevitable—after all, if there’s a market for electric cars, there’s certainly a market for trucks. On the other hand, picturing a fully electric truck can strain the imagination.

Who Is Making Electric Semi Trucks?

Tesla may be the best-known automotive manufacturer to experiment with electric semi-trucks, but it's not the only one in the business. Tesla’s fame comes from its charismatic and idiosyncratic founder Elon Musk, but more stable auto manufacturers or focused startups may well outstrip Tesla's ability to turn out a functional electric semi.

To no one's surprise, both Chinese and German companies are getting into the business. A Chinese electric vehicle firm called BYD has already put the first all-electric automated side-loader garbage truck on the streets of Palo Alto. Daimler began selling all-electric medium-duty trucks in Europe in December 2017. Cummins, Eaton, and Navistar are all building electric semi-trucks, as are startups such as Chanje, Nikola, and Wrightspeed.

The market could grow large enough to accommodate all these manufacturers and more. According to CNBC, companies like Walmart, United Parcel Service and Anheuser Busch are now experimenting with electric semis. In China, where transportation decisions are more centralized, experts expect to see at least one million diesel trucks replaced with cleaner models. Already, some Chinese ports and cities are banning traditional trucks in favor of electric ones.

Despite their competitors’ activities, Nikola and Tesla are still the innovators to beat in the electric semi-truck space. At present, Tesla appears to dominate the market through name recognition, but the diversity of Nikola’s products could dislodge Tesla from its lead. Nikola's ideas have jumped around over the last few years, but recently the company announced that it was developing battery-electric trucks similar to Tesla's.

The Tesla Semi runs at 300-mile and 500-mile ranges, and the Tesla company hopes to improve to a 600-mile range vehicle. Nikola is looking at a hydrogen-powered model that could run for 1,000 miles on a single charge. This approach would boost Nikola into the long-haul trucking space and improve its green-friendly rating.

Right now, diesel trucks are in no danger of losing their economic edge over their electric cousins. While diesel and gas trucks certainly have their downsides, electric trucks do as well. In particular, they require frequent recharging. The U.S. lacks the infrastructure to recharge electric semi-trucks at scale across the nation.

This means that at present, electric models can make only limited short- and- medium-distance trips. The current grid would also need to evolve rapidly to meet the demands of a national fleet of electric trucks.

That said, electric trucks are zero-emission vehicles, which means they would help trucking companies meet local and state environmental regulations. These regulations are already in place in states like New York and California, and are increasingly being implemented across the country. A Chicago trucking company, for instance, might benefit from electric semis as the city transitions to a carbon-free environment in the next 15 to 20 years.

However, few companies are likely to turn to alternative transportation due to environmental considerations alone. To create a transition in the trucking industry, electric trucks need to make good on their promise to save dollars and cents for their users.

The real economic and environmental impacts are likely to be human in nature. Nearly 4,000 Americans die in trucking accidents each year. Replacing their old diesel trucks with modern electric semis might reduce that number, particularly if the semis feature “smart” technology.

3.2 million people work as truck drivers. How will their industry evolve to accommodate a new truck model?

The most obvious impact is that companies that adopt electric trucks will save money on fuel. This is counterbalanced by the initial expense of replacing a fleet of diesel trucks with electrics, and will have little impact on the drivers themselves. However, most electric trucks are outfitted with more extensive safety features than older models, including “smart” features like autopilots, which may cut down on accidents and increase driver productivity.

The extent to which smart technology will change the industry remains to be seen. "A dearth of research means that no one really knows what effect automation will have on the sector," a recent article in Wired said. If trucking ever becomes truly automated, many jobs in the industry may disappear.

However, it’s equally possible that trucking jobs will change instead of disappear—and they may change for the better. Some companies imagine drivers of a new breed of trucks, sitting in offices controlling their electric trucks with a joystick and going home to their families at night.

The future of the industry is unclear. Whatever happens, the greatest impacts to truckers’ daily lives are likely to come from the other technological advances that are likely to be packaged along with electric trucks, rather than from the use of electricity as a power source.

What's the Status of the Electric Semi Truck's Development?

The first generation of electric trucks will roll out in 2020 and 2021. Companies will test the vehicles and use what they learn to iterate on them. As long as the country lacks the infrastructure to support a major influx of electric semis, however, most of the new vehicles will remain confined to relatively small areas.

The ability to put electric semis on the road depends on the capacity of the roads to handle heavier trucks, the availability of charging stations, and the grid capacity to fuel those stations. Those variables depend on the federal government’s commitment to electric trucking.

So far, the Trump administration has encouraged electric truck production but has reduced subsidies for the vehicles. None of Trump's likely Democratic opponents have made cross-country trucking a centerpiece of their policy agenda, but the Green New Deal, which many support, calls for electric trucks.

At present, electric trucking is still in its early developmental stage. With enough commitment, however, a new age of trucking may be closer than we think.