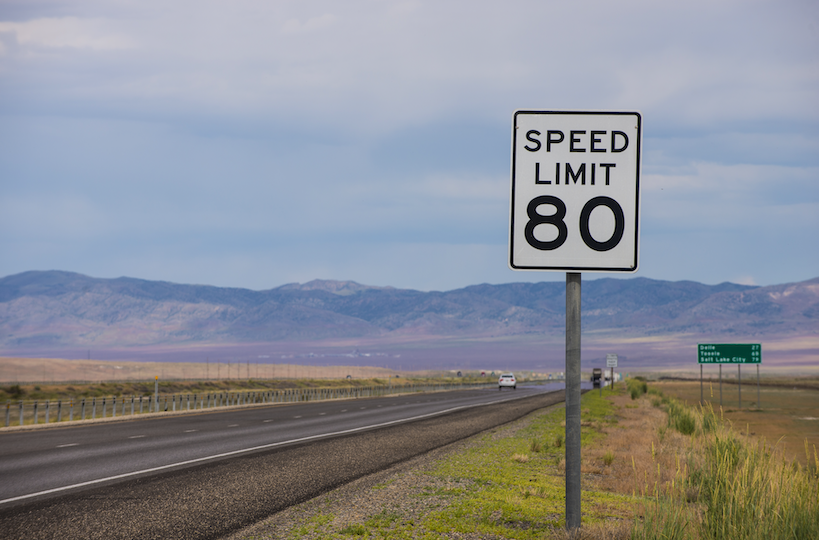 According to a recent report released by the Insurance Institute of Highway Safety, maximum speed limit increases in the U.S. in the past 25 years resulted in 36,000 more deaths on the roads than if maximum speed limits had not been increased.

The effect of speed limit increases was evaluated based on "looking at annual traffic fatalities per mile traveled for each state and taking into account other factors that affect fatality rates — including changes in unemployment, the number of potential young drivers (ages 16-24) and the seat belt use rate," the study says.

"About 10,000 people a year die in speed-related crashes," said IIHS President David Harkey. "We can reduce this toll through effective, high-visibility enforcement and traffic engineering measures. Reasonable speed limits also have a crucial role to play, as our new study demonstrates."

Each state sets its own maximum speed limits and they have been on the rise since the mid-1990s. Supporters of increased posted speed limits say that most drivers disregard them, and raising the rates brings state laws more in line with realistic speeds that people are actually driving. Opponents, say, however, that increased rates lead to even faster driving.

"Driving 70 instead of 65 saves a driver at best 6½ minutes on a 100-mile trip," the study says. "Before raising speed limits, state lawmakers should consider whether that potential time savings is worth the additional risk to lives."